Right in the heart of the medieval Quarter "Les Parages", this chapel built during the XIth century hosts a model of the village as it was in the XIXth century. It also displays a permanent exhibition about famous people who were born in Les Arcs. Exhibitions from April to October. 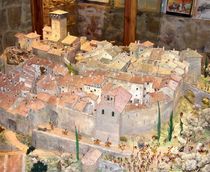 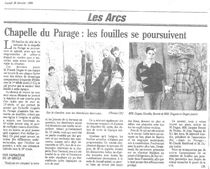 Notre Dame church, which was mentioned in a 1050 text, was rebuilt in the Romanesque style in the 13th century; only its northern nave remains today. At the beginning of the 16th century, the southern nave was taken down to be widened; two side-chapels were added and the entire structure was topped with a Gothic ribbed vault; the old door was converted into a window. In the 17th and 18th centuries, the choir vault was cracked, the pulpit staircase could no longer be used and then the belfry threatened to collapse. In 1836, the choir and belfry were demolished and a wall was built to separate the demolished parts from the rest of the building, which was renovated in 1969.